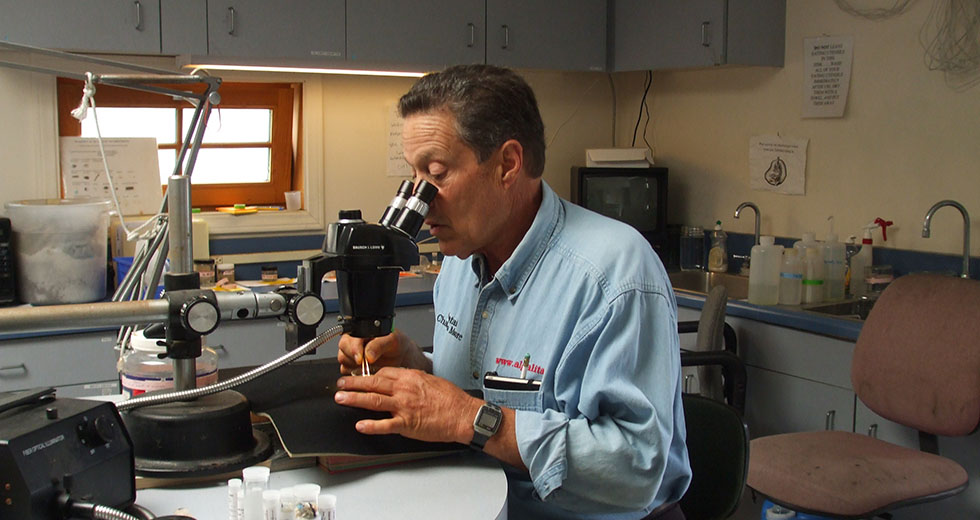 Today’s announcement marks the beginning of a new field of study into the plastic “progeny”—micro and nano plastics and their impact on the global Biosphere. We open the Institute utilizing our two state of the art microscopes in the development of new techniques for standardization of analyzing the amount of these particulates in California drinking water.  Captain Charles Moore’s two decades of data collection and analysis of samples in “The Great Pacific Garbage Patch,” will be the cornerstone for the Institute ‘s focus solely on these minute particles.

The presence of nano particles in California drinking water has raised alarm throughout the scientific community and the local government sector.  Current techniques utilized by the State in the analysis of the particles in drinking water have dictated the necessity for more advanced investigation into the idiosyncrasies of these miniscule objects and to improve on current methods or protocols used for counting the number of them in drinking water.

There are numerous aspects of investigation that will be part of the Institute’s agenda (schedule) for study in the near term.  Following, or concurrent with the foregoing, we will be conducting  (a) the first long term monitoring of microplastics in  The Great Pacific Garbage Patch, based on current analysis of samples collected in the 2019 Expedition and (b) examination of microplastics in local ocean waters and in the air. 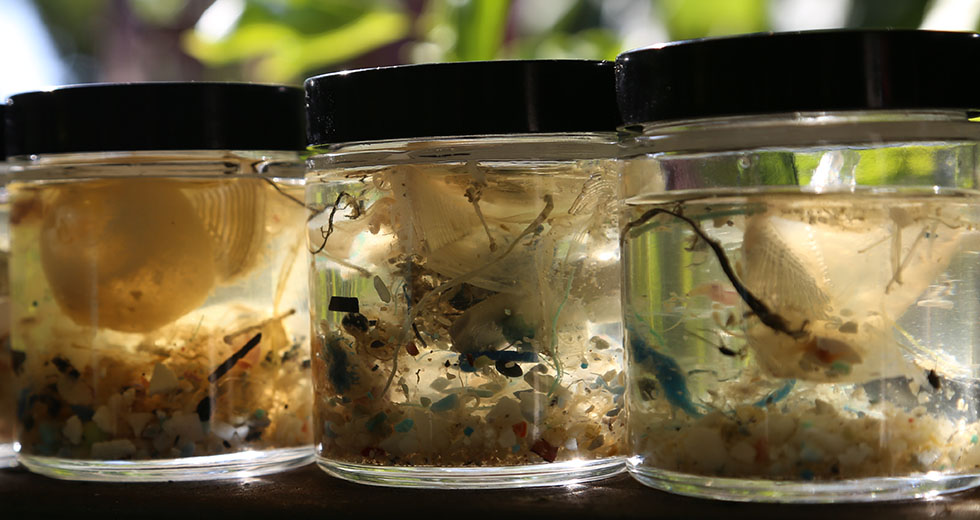 In 1997, Captain Charles Moore was sailing from California to Hawaii, and what he saw was disturbing. In the middle of the Pacific Ocean, far from land, he saw a vast area where large amounts of trash was accumulating. Because of these concerning observations, he decided he wanted to bring the situation to the attention of the world.

The first study of debris in the Great Pacific Garbage Patch (also known as the North Pacific Gyre) took place in 1999. Eleven sites were sampled in an area identified as near the center of the gyre. What were the results? We found the ratio of plastic to plankton in this area to be 6:1 by weight. Meaning that for every 6 grams (or pounds) of debris, there was only 1 gram (or pound) of plankton. What was even more disturbing was the fact that the samples were found after the fact, not to be collected in the center of the gyre.

So we now had an estimate for how much was out there…but what did we want to know next?

The most pressing question was…is the amount of debris going up or down…is it getting better or worse?

Since that initial study in 1999, Captain Moore has gone back out to the Garbage Patch four more times to survey the same 11 stations. Making this project the first long-term survey of this area. We are currently working up the 2019 samples at the Moore Institute for Plastic Pollution Research. The results of this long term monitoring survey will be written up and published in 2021. Through this research, we are looking to answer that question of “Are things getting better or worse?”

Preliminary observations indicate that things may indeed becoming worse, as the amounts of plastic in the samples were far more in 2019 than in previous years. However, we need to also look at many other factors, such as proximity of each sample to the gyre, weather conditions, and ocean currents before we can confirm if the numbers reflect an increasing amount of debris in the Garbage Patch.

You can help us to finish up this study and become a part of this important research. We are looking for funding to finish up sample analysis. If you can donate please go to our Make a Difference page and contribute what you can. Make sure you list this project in the Comments for the donation so we can acknowledge your contribution to this important study.